Nature from the Andes to Amazon 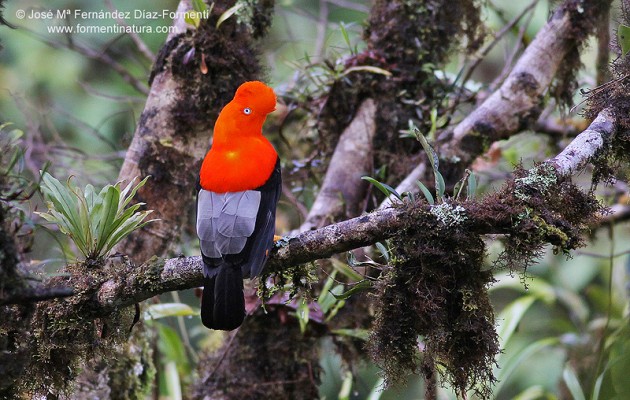 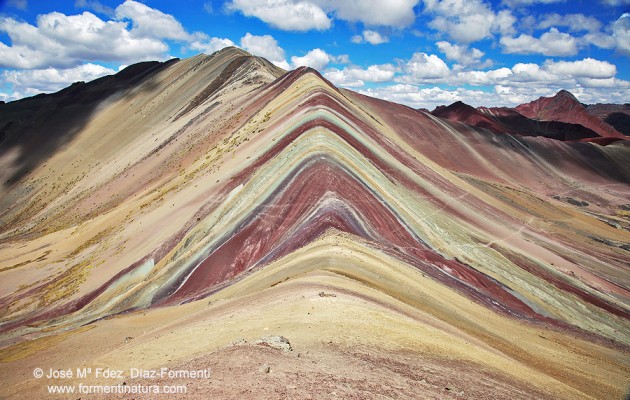 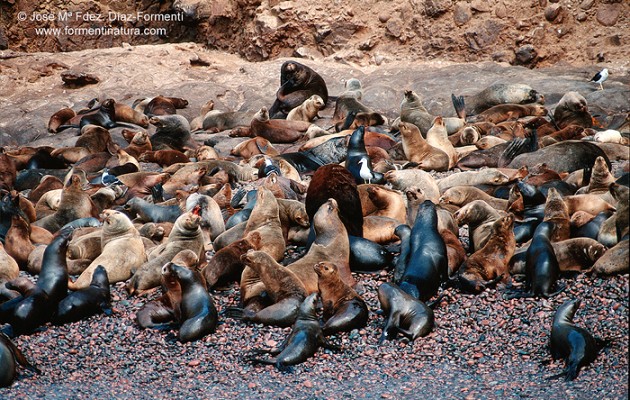 In this occasion José Mª Fernández Díaz-Formentí physician specilised in stomatology, pasionate naturalist who has studied largely about Asturias and South America , will aproach us through his photographies to the natural world extending from the Andes range to the Amazone rainforest.

In his own words:

Peru is among the 10 countries with the largest biodiversity of the planet, and has a fascinating history and cultural legacy. The Andes range, bountiful in snow covered peaks, volcanoes and deep canyons, separates two antagonistic worlds: at one side the coastline desert, bathed by a cold and full of life Pacific Ocean; at the other the lush Amazonic rainforest. The meetings between these three worlds generate an extraordinary variety of environments and landscapes for life, which will be shown in this conference, together with some of the living beings inhabiting there.

Peruvian coast is one of the most arid deserts in the world, extending from Atacama desert; however, it is bathed by a cold and very rich in fish sea, thanks to the Humboldt Current coming up from the south. Enormous colonies of seabirds (inca terns, cormorants, pelicans, boobies, etc) and sea wolves live in its cliffs and islands in order to take benefit from the abundance of food of this fertile sea. Towards the north, next to Ecuador, aridity reduces and desert is replaced by shrub-steppes and mangroves.

The Andes is the longest and one of the highest ridges of the world. In the Peruvian territory many of its peaks are higher than 6000 m (20000 ft). Altitudinal gradient and complex and abrupt geography create a great number of ambients for life (perennial snows, puna grasslands and plateaus, moorlands, canyons, glaciers, lakes, tropical dry forests, etc.) overflown by condors and grazed by vicugnas, llamas, and alpacas. This is a world sometimes implacable, but always overwhelming in its landscapes.

Towards the east, the Andes loose height in a relatively quick manner and meet with the huge Amazonic plain. As the rainforest goes up through the Andes’ slopes and temperature decreases new types of montane forest appear; they are named “cloudy” or “misty” because of the permanent presence of fog. Is in these biotopes where the greatest biodiversity of the planet is found: epiphyte orchids, bromelias, glass frogs, tree ferns, etc. create a soaked lush world, where any scientific expedition will find new species for science. It is the favourite world for hummingbirds, but also for other multicoloured birds like tangaras, contingas, etc.

Below we arrive to the Amazonic rainforest plain, a breathtaking world where the combination of constant light, water, and heat has created a gigantic laboratory of evolution, where plants and animals have been competing for millions of years, establishing associations, complementing, or killing each other in their fight for survival. This is the world of mythic animals, usually hard to find, like the jaguar, the anaconda, the great caimans, the tapir, etc. But not least interesting are its mediudm and small inhabitants, ranging from a rich birdlife to monkeys, sloths, tree frogs, and spectacular insects and spiders.

José María Fernandez Diaz-Formentí (Gijón, Asturias, 1963) is a physician specilised in stomatology and a pasionate naturalist who has studied largely about Asturias and South America. Corresponding Member of the Real Instituto de Estudios Asturianos (RIDEA) and coordinator of scientific and cultural activities for South America in the Asociación de Estudios Americanos del Principado de Asturias (AEAPA).

He is the author of both the text and photographies of eight books about the forests and nature of Asturias. Also, he has collaborated with texts and images in many books, both about Asturias and South America (Bolivia, Ecuador, Peru…). Also, he has collaborated in several encyclopaedias and atlas, among them the prestigious and monumental international works Handbook of the Birds of the World, and Handbook of the Mammals of the World. Also he has edited two CDs with the sounds of Asturian nature to be attached with two of his books.

Reportages by him (text and photographies) have been published in well-know journals including World Heritage (UNESCO), Natura, Geo, Biológica, Viajes de National Geographic, Rutas por el Mundo, Naturaleza Salvaje, Altaïr, Periplo, etc. He is photographic author or co-author of several travelling exibitions (e. g., his personal collection of cafts and rarities from the Andes and Amazonia).

Most of his publications are related to the wildlife of Asturias, a theme well known to him after twenty years of constant walks in these spots. The other ones deal about nature and archaeo-antropology of the Andine countries and the Amazonic rainforest, places where he goes year after year, as he is an enthusiastic explorer and researcher of them, collaborating in UNESCO publications. He has been about 20 times in Peru, a country he knows deeply and loves, because of its history, anthropology/culture, and wildlife.

He has given many courses and lectures about the cultures and wildlife of the Andes and the Amazonia.